When I reported for a lecturing post with one of the research universities in Malaysia last month, I tried to keep an open mind about the differences that I would experience in a local university and might found myself not liking them. Even in such a short time, I have participated actively in major academic workload that is expected out of a lecturer. It is not that the administration did not provide me a sufficient period to take a breather, but it was because I refuse to take it slow.

It is also quick for me to notice how different it is the education culture between the local students as opposed to the students from an overseas university. Educational culture refers to the beliefs, perceptions, relationships, attitudes, formal and informal rules that shape learning values.

While my exposure with the local students have been brief compared to more seasoned lecturers, I have the advantages of being previously involved in the academic workings at the undergraduate and postgraduate levels with the overseas university as well. This subsequently, has provided me with a good opportunity to compare the education culture between these two groups of student and share my views in this article.

Resourcefulness is considered as one of the most highly desirable criteria looked in a potential employee by the employers. Resourcefulness is defined as the ability to find a way, to make a decision, or act on your own, and mostly in relation to overcoming difficulties. Independence is probably the best manifestation of resourcefulness.

The lecturers in local universities are dealing with extreme pressure to make sure that the students are able to perform throughout the semester and especially, in the final exam. If the students show much less impactful results, the lecturers would have to provide justification. This concern is probably the most discussed topics whenever I sit down with seasoned lecturers. This also has led to the continuity of the spoon-feed culture that is, if I may say, not foreign to the students. What makes it worse, the students at the local university might develop expectations that this is the only method of learning because they have been taught to receive since the primary school level.

It is not unusual for students to seek for guidance in relation to tutorial exercises, assignments, and other educational matters at the university level, but this culture in overseas institutions does not extend to what can be described as constant, or full guidance. At some point, the students are expected to spread their wings and fly. With so much coddling, how can the local students perform brilliantly outside the university environment? Alas, competing at the international level where independence and resourcefulness are highly valued? This could possibly the reason that our local students lack in a competitive advantage to land high paid jobs in the market.

Shyness, excessive command of respect on elders and suppressed freedom of expression are among the observable values that deeply ingrained in South East Asian culture. It is arguably safe to say that Malaysia performs high in those dimensions. Some of these have a spillover effect in shaping how the students would perceive themselves and others, and influence their communication aptitude as an adult at the tertiary education level and beyond.

This issue, however, is not exclusive to local students. I have seen some bad cases among the Malaysian students or other South East Asian students who share similar cultural values in universities overseas. This also could explain why some of them prefer to stick with other students who share a similar background and happened to use the same language.

I believe, there is one attribute that can help students to communicate with confidence that is, whether or not they have a decent command of English. The lectures and the textbooks either in local, overseas universities are normally in English. This can be quite intimidating for the students, whom their mother tongues are not English especially if you are not born with linguistic talents.

However, like other foreign languages, to be better at English is to practice, as done by those before us. If the students keep avoiding and been given flexibility from using the language, it will be difficult for them to improve themselves when using English is inevitable.

The pressure to pick up the English language is higher at university overseas because there is a push factor. The lecturers are highly likely from an English background, or of different nationalities. Therefore, the students are forced to use English in order to communicate about their daily tasks. Overtime, they become better in English. The more fluent they are in English, the higher the students’ confidence to communicate, and motivated to expand from their normal circle of friends.

Resourcefulness and confidence in communication are not the only attributes that differentiate the students from local and overseas universities, but they are among the observable and key attributes that if improved, would increase the desirability of local students to the potential employers. 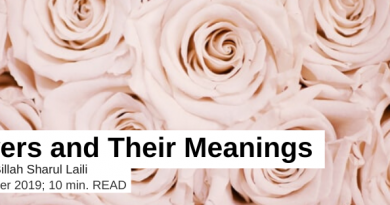 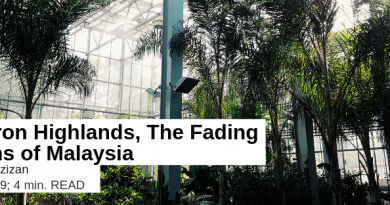 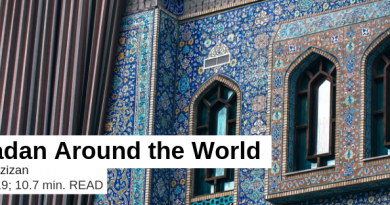