Long distance relationship is not cut for everyone. Some relationships might thrive from it and some could crumble because of it.

It is in human nature to long for a company of person or a life partner, someone we can communicate with, share our story of high and low together and enjoy the comfort of their physical touch. It is also natural that we would want to have access to all these benefits day in and out, but what if there is an obstacle, such as distance?

Long distance relationship has a negative connotation in many societies whether in the East, or in the West. This partly because it is often associated with failed relationships and in a case of matrimonial relationship sometimes societies can cast even harsher judgments like – as signs of lack of responsibility, or consideration, uncaring, faded affection and I have to say, the list of wild assumptions can go on.

What societies lacked to ponder is that how much efforts, time and money have been invested by the long distance couples in order to prevent distance becoming an excuse in their relationships. Thus, the last thing they would need to hear are unkind and insensitive comments from familiar faces much less strangers.

Long distance relationship is widely known to be highly demanding mainly in areas of expectation of commitment and understanding. There is also an issue of loss opportunities.

Zaidi Md. Zamri who serves as a Lecturer with one of the Universities in Northern State has been making a trip every weekend to see his wife and two of his boys that lived in Bangi, Selangor. He booked his flight tickets months in advance, to maximise savings in his traveling expenses.

He said that one of the most heartbreaking challenges for him doing long distance relationship with his wife and family is that, not seeing his boys growing up in front of his eyes. He said “though I went back and forth every weekend, I still feel that I’ve missed out a lot. Those tiny bits and pieces – toys that my sons would play with, and their outdoor activities.”

Zaidi believes that the smooth family situation, in which he currently experiences is without a doubt entirely credited to his wife and in-laws. Zaidi thinks that he wouldn’t be able to concentrate on his job in Penang if they have not shower him their full support and kind understanding.

Try doing long distance relationship and single-handedly parenting a non-verbal autistic child for most of the days – this is the story from Mrs. N and Mr. A.

In a case of Mrs. N, the husband has to be away from Canberra to complete his post-grad training requirement in Sydney. Due to some limitations relating to the spectrum of their autistic son, it makes him hyper sensitive to changes in his environment. This what first led this couple to decide on long distance relationship.

While the couple is able to secure stability for their son, they couldn’t prevent him from identifying one missing piece from his environment and that is, his dad. To reduce their son’s anxiety, the couple makes it mandatory to have a video call at least once a day.

When asked about how Mrs. N coped with the situation, she admitted that sometimes she had low moments, but given her son condition – disrupting his daily routines and familiars might lead to even more adverse results. Furthermore, she said she was not always alone, as they make sure she is to receive a constant flow of company like relatives from Malaysia and friends from near neighbourhood.

Both felt that since they started doing long distance relationship, they have learnt to appreciate each other more and grateful for moments that they get to spend with together.

Zaime Bujor started his PhD program with the Australian National University (ANU), Australia in 2014 and he has been traveling back and forth between Canberra, Australia – Kuala, Lumpur, Malaysia ever since.

To keep his morale up, Zaime said he finds comfort with his friends and family who always been there for both him and his wife. Zaime believes that in long distance relationship, it is very important for you to have trust on your partner.

Two of our biggest challenges during our time away from each other are probably keeping up with the time difference between us and managing resource allocation between two countries – at least before we became good at it.

The timing difference provides us a shorter window to do a video call. On busy days, we are limited to texting and sending photos to each other. It can be quite stressful mostly on my part when we have an important decision to make and it is imperative for us to have face-to-face discussion. Since we wouldn’t want to disturb each other’s working hours nor sleeping hours so we will wait for a suitable time to make a contact. Unless it is really an emergency, then only we will ring our better half at unlikely hour.

The longer your distance with your loved ones, the less frequent for you to get to see them because the traveling fees are also becoming more expensive. When were studying, we have gone as long as 6 months not seeing each other.

In long distance relationship, for me personally, the emotional needs always take a back seat. The same goes with my husband (this is probably his superpower). However, it is unreal to expect us to be constantly rational because there were times we too miss each other sick.

Lt. Col. Rizal, is a military officer married to a high school teacher, Nuriah Wahab and they have 6 children as a result of their 17 years-long of marriage.

In both occasions, Lt. Col. Rizal and wife decided that it is in the best interest of their children that the whole family should remain in Kuala Lumpur. Nuriah specifically, was concerned about the quality of health care and education standard if they were to move to new environment. Her priority was to ensure their children to have safe, stable and thus, healthy environments to grow up. Furthermore, Nuriah just gave birth to their fifth child when Lt. Col. Rizal was expected in Dhaka, and sixth child when he was asked to report for a duty in Lahad Datu.

When was asked about the times they have to be in long distance relationship, both have said those times weren’t easy periods for them. During both occasions, Lt. Col. Rizal said he was torn between duty to his country and responsibility to his family.

While Nuriah had received helps and supports from her sisters, mother and mother in-law during Lt. Col. Rizal’s absences from home, their sixth child was born with Down Syndrome, which means higher tendency of having health complication. For one whole year, Nuriah had to frequently travelled to the nearby hospital to administer her sixth child’s health condition. At the same time, she was also expected to fill in her husband role.

In surviving these challenges, Nuriah said she believes in “taking everything in positive light and that everything happened for a reason”.

Early 2016, Lt. Col. Rizal was offered a course in Australia and since most of his children are big enough to travel, he decided to bring the whole family with him. Living together under one roof, he said “I probably just realised how tough her life was when I was away for those 2 occasions. We look forward to go back to Malaysia end of 2018, as I will be completed my tour in Australia and we are better prepared for the future challenges.” 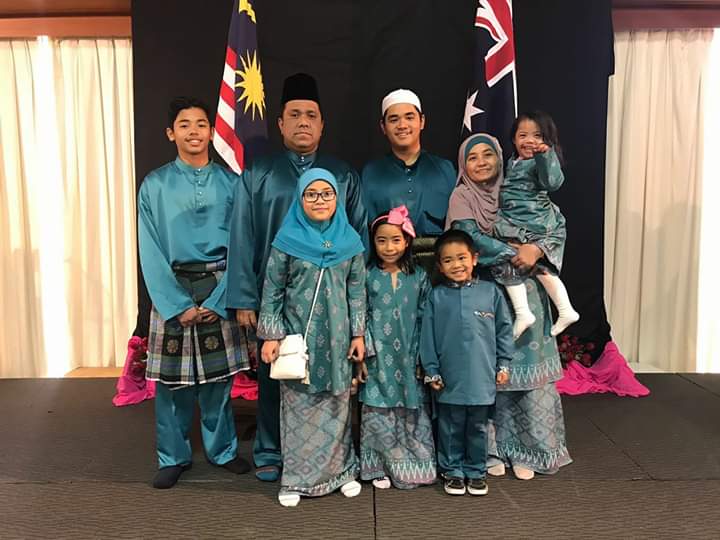 Taking consideration of all the stories above, we can see long distance relationship is not meant for the faint hearted. While it is not been said out loud, most couples exhibit strong appreciation and trust on their partner.

Based on the interviews, most couples also have at least mentioned financial concern. Different to normal couples, the couples who do long distance relationship have their resources split to two locations’ use whilst they could easily save half of it if they were to live under the same roof.

Most of us maintain two of everything from houses, vehicles and other necessities. Our priority is often to save enough money to see each other, which leaves little else to increase our wealth. We also have to make sure we have ready fund available should there be a need for us to travel to each other in cases of emergency.

Surviving marriage itself reflects many good virtues, such as kindness, selflessness, tolerance and patience, but in long distance relationship these virtues become precedence in shaping your day-to-day interactions with your partner because there is a painful understanding of how limited is your time with your family. Thus, you are bound to make the best of it.

Sarini Azizan is a Ph.D. student of Accounting in Australian National University, Australia. Her research explores the theory of source credibility in corporate financial information communication 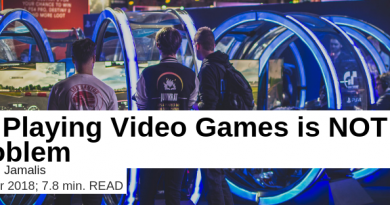 Why Playing Video Games is NOT a Problem 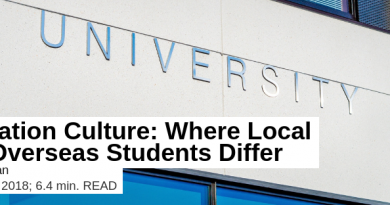 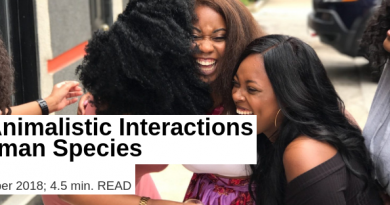 The Animalistic Interactions of Human Species