Well, struggling, I must say. As of April 26, the Defence Minister of Malaysia, Dato’ Sri Ismail Sabri Yaakob has reported a total number of 20,011 cases of RMO violation by an individual.

Though to be fair, we are just starting our third cycle of restrictive movement order (RMO) and I am not sure whether the next few days or week will be easier. What I am certain of, it will not be as tough as the last four weeks. However, it is undeniable that there are few of us are becoming more restless.

Malaysia started its first RMO on April 18, 2020. This probably prompted by the spike of new infection cases from 41 on April 14 to 190 on April 15. The number of new cases reported remains high, in a three-digit number every day, which have led to the second phase of RMO that spans from April 1 – April 14. The third phase began on April 15 and since April 17, the number of new cases reported has not been over a two-digit number.  As of April 26, the new cases are 38 low. At the time of this article is written, Malaysia Prime Minister, Tan Sri Muhyiddin Yasin just announced an extension of RMO to May 12.

Dealing with three consecutive RMO, it’s tough. We are robbed of daily routines that over time have metamorphosed into becoming our habits and everyone knows – breaking habit was never easy. If it is, why would anyone need a support group or rehab in helping them disassociate from their bad habits?

Besides having to deal with a movement control; staying home, we are assaulted with the lack of social interactions during RMO.

According to research, social interaction is a source of motivation for good health. The link might be invisible to naked eyes, but the eventual effect just as evident as the elephant in the room.

When the RMO first started, I was thinking, yeay! I will get more things done because I will have a non-disruptive, continuous working timetable, which was a big issue before. Again, it turns out, I did worse than bad when I am deprived of my need, or say for physical social interactions.

From a business perspective, consecutive RMO is bad news. Many shops except for eateries and supermarkets are forced to closure to cope with sudden drop in sales due to the nation-wide RMO. This increases the pressure for businesses to lay off their workers in response. However, the Malaysian Ministry of Human Resources has urged the companies to first comply with the Code of Conduct for Industrial Harmony before resorting to removing their employees.

Ever since the Coronavirus outbreak hit the mass media, Malaysian government have shown rather an admirable commitment to keeping public informed of their measures in protecting the public’s health and economic security (though maybe a month too late). Malaysians have been updated daily by its Health Director-General, Datuk Dr Noor Hisham Abdullah of current and future measures relating to Coronavirus. The transparency and fact-driven approach in Datuk Dr Noor Hisham’s communication has done more than reducing public resistance towards RMO, but also enhances the credibility of the Ministry of Health’s readiness in combating major health crisis. 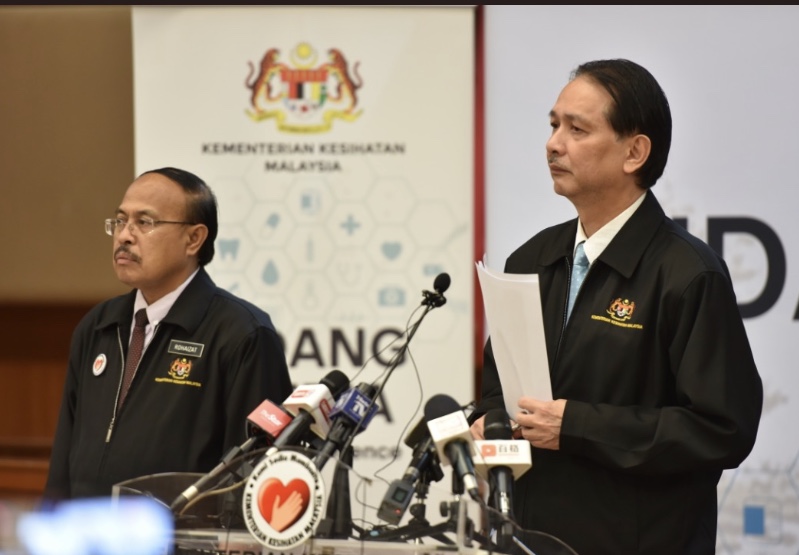 Datuk Dr Noor Hisham’s commendable approach in his communication and health measures were not left unnoticed when he earned recognition from China Global TV Network (CGTN) as one of three leading medical sources in the world, along with US Director of the National Institute of Allergy and Infectious Diseases, Dr Anthony Fauci and New Zealand’s Director-General of Health, Ashley Bloomfield.

As if anticipating resistance to the third phase of RMO, Malaysian government further announcing an additional economic relief on top of the first relief package, which now amounting to RM250 billion ringgit (US$57 billion) in total. While the first wave of relief caters to low-medium income groups, the additional relief is focusing on reducing the cost burden of small and medium enterprises (SMEs).

The second stimulus package may or may not related to recent controversies surrounding local celebrity entrepreneurs, who have taken to their social media accounts discussing the effects of RMO on their business. Some were noted to openly criticise the Malaysian government’s first relief or ‘Caring’ package that mainly caters to the low-income community.

In difficulty, therein lies new opportunities. It is not necessarily at all bad news with Coronavirus especially, for the e-commerce sector. In coping with the constrained movement, the public would rationally shift to online business platforms and delivery services such as GrabFood and FoodPanda. This is one of the few areas that we expect to see a surge in sales.

Another sector that affected by RMO is education. The RMO is basically taking us, academics by storm. We were hardly prepared, not even had the time to pack materials from the office. However, in efforts to continue with the schedule, we are forced to embrace online remote teaching. More applications and online teaching platforms have been explored and subscribed. As much as the students are forced to cope with the shift in the teaching methods, teachers and lecturers are equally under pressure to upgrade their online teaching skills within a short time.

The Coronavirus crisis is indeed a double-edged. In spite of anxiety and restlessness caused by it, we also see the emergence of solidarity and unsung heroes in our community. These unsung heroes, along with our front-liners from the medical team, police and military forces have been tirelessly ever since the outbreak.

Among notable efforts by the average individuals in mobilising relief for the low-income households or neighbourhood are the group led by Ustaz Ebit Lew (Ebit Lew), Happybankcrew (@happybankcrew) and Infak Ramadan (@Khairul Abdullah). Happybankcrew has successfully collected RM111,623 ringgit and have helped with 1,721 families. 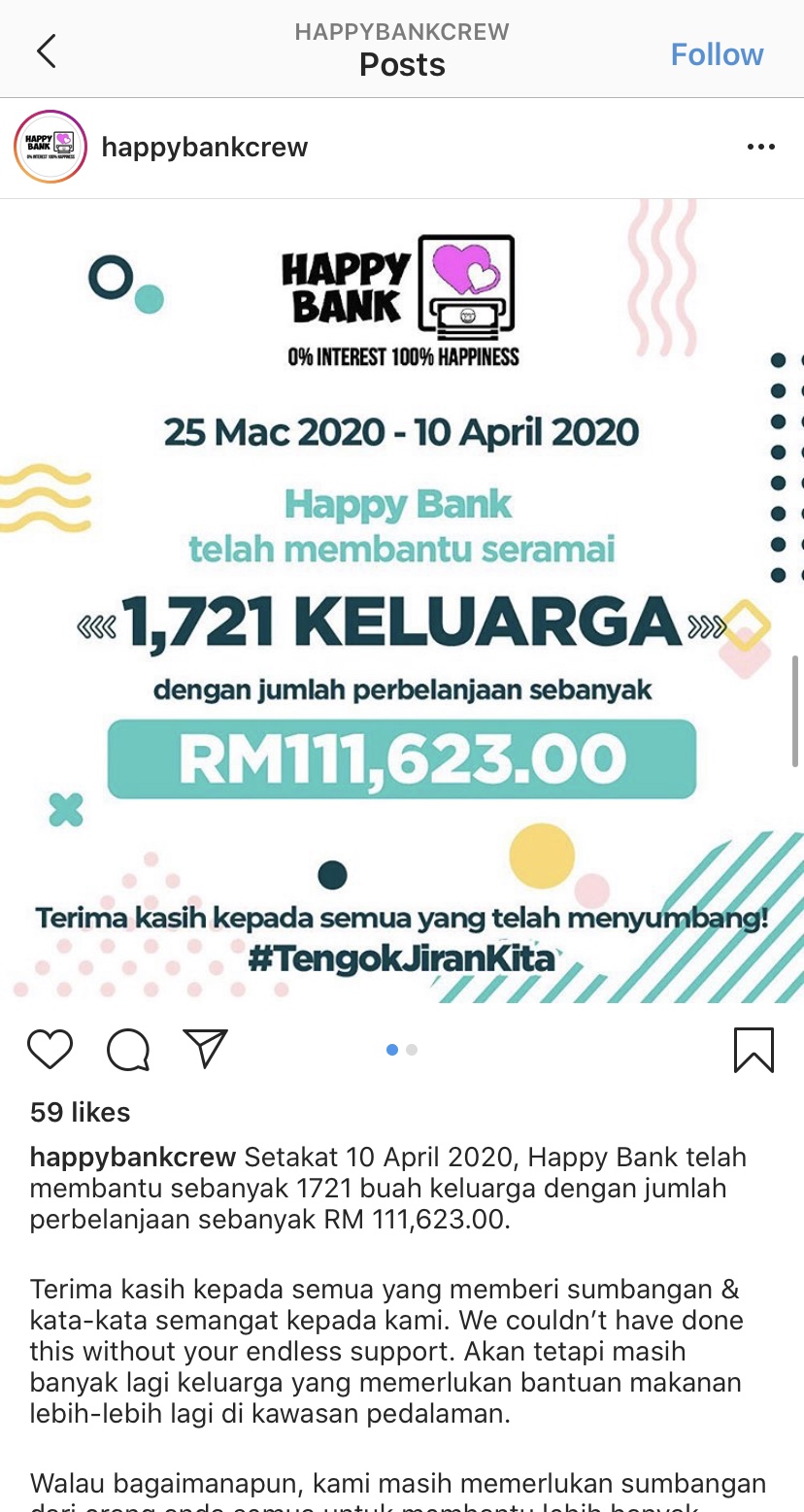 There are also few individuals have gone extra miles to feeding and caring for stray animals during the RMO period. These heroes are such as, Norfida from Rawang (@Noora Anne), Asrol Adizar (@Asrol Adizar) from CK Shelter and Nana and @Ray San for Save Our Strays Neutering Society – SOS Penang. 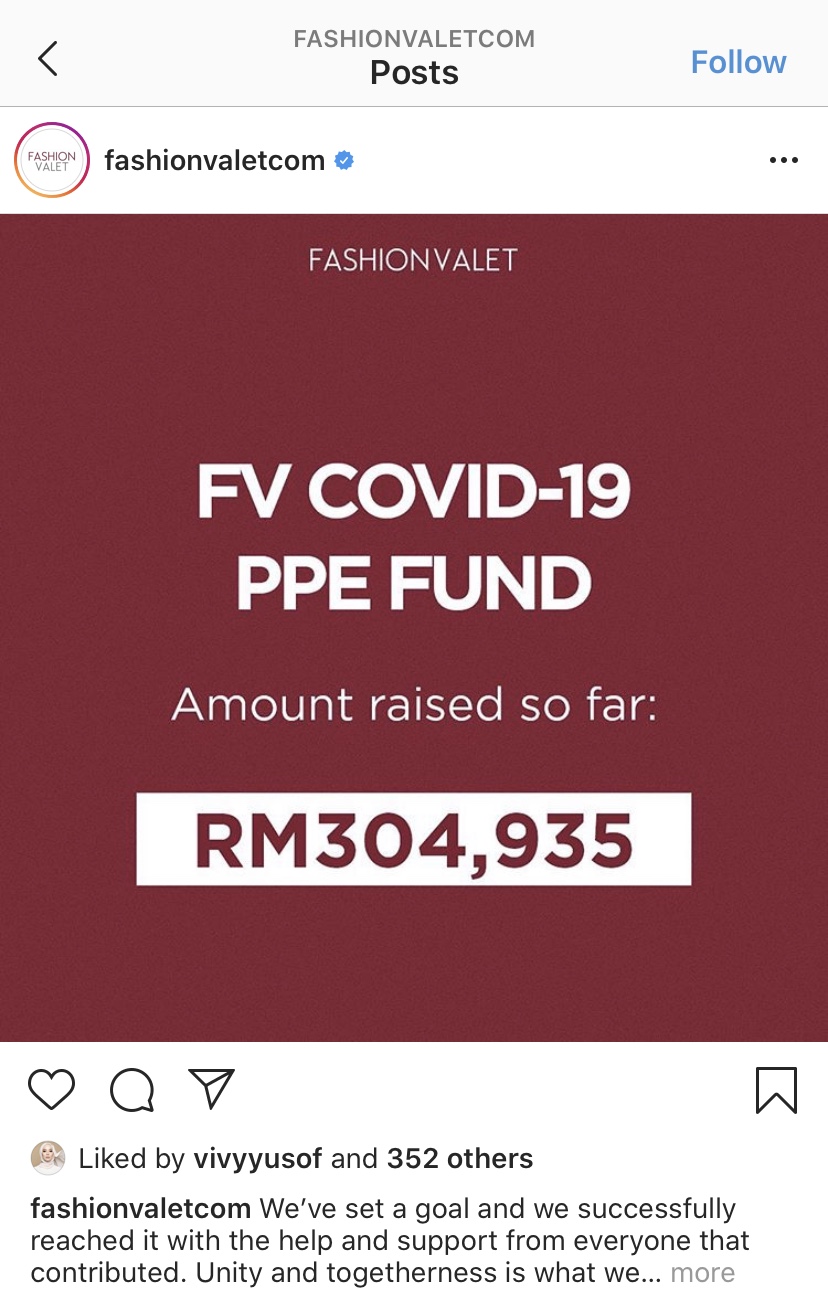 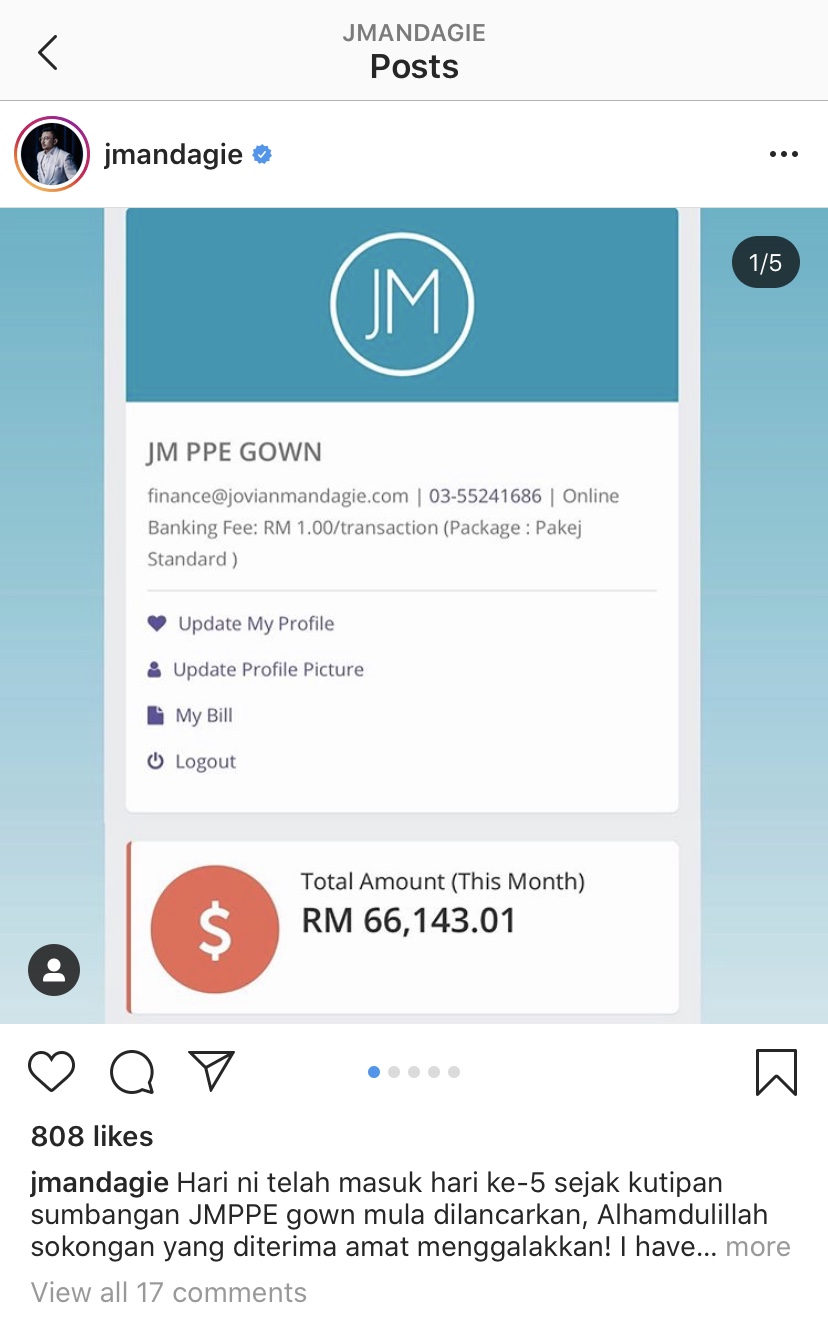 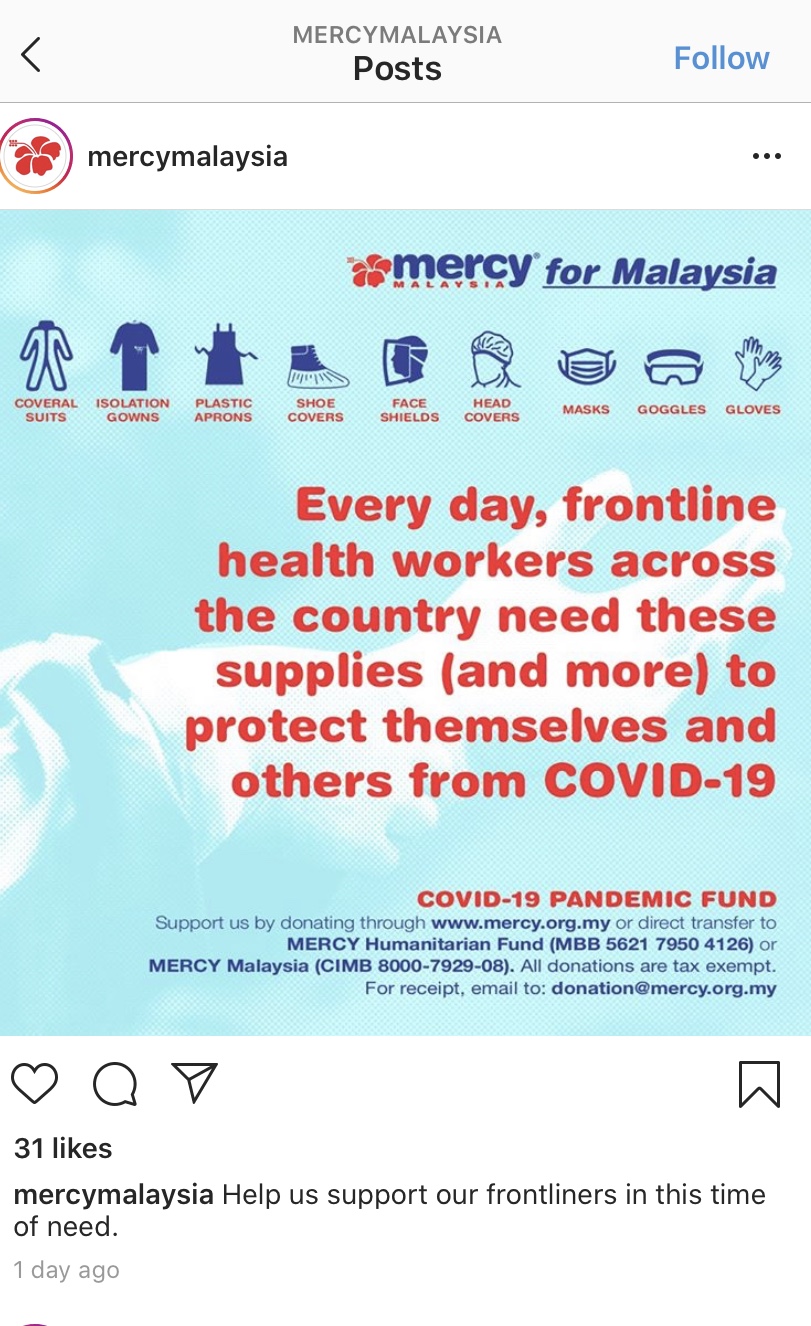 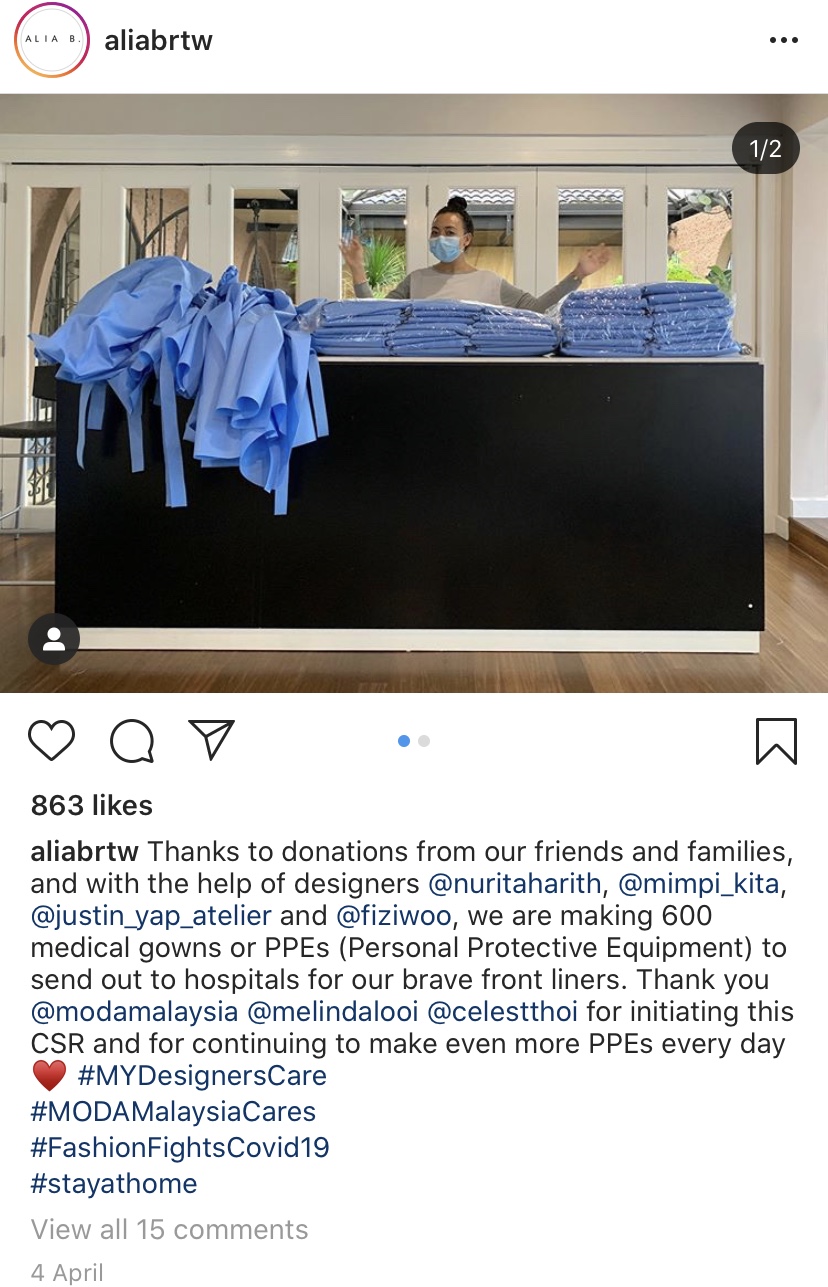 The support of local entrepreneurs is not limited to the needs of medical teams. Some of them are doing more for other groups such as women by Oh Sebenar (@ohsebenar) and local women entrepreneurs under the hashtag #mkcaresandcares by Mimpi Kita (@mimpi_kita).

RMO may leave us one day, but I hope the show of compassion in our community is here to stay – Demi Malaysia. 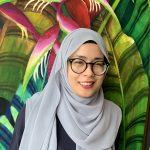 Sarini Azizan is a now serving as an Accounting lecturer in Malaysian public university. Her research interests include but not limited to financial reporting, auditing, corporate governance, socially responsible business and corporate tax avoidance. 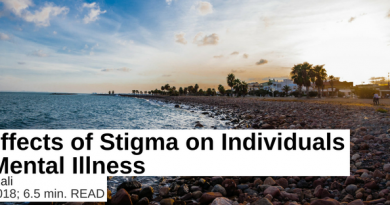 The Effects of Stigma on Individuals with Mental Illness 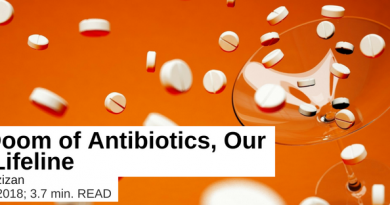