Have you ever wondered how safe is our food source that we use to prepare our tender loving cuisines at home? I’m talking about that beef rendang, nasi lemak with fried chicken, Nyonya style steamed-fish, or even that vegetable salsa and fruit cocktail that you prepared from scratch. How much harsh chemicals have entered (with intention or by chance) into our food source? As an analytical chemist, this thought always lingers in my mind.  Let’s go back to the first time we decide to buy the produce

Meat is a source of protein that is primarily consumed throughout the world. In recent years, there is awareness in meat related issues especially the one related to halal meat in Malaysia and Indonesia. The issues are mostly reported in mass media especially newspapers, however, very few scientific studies pertaining to these issues have been conducted until now. Ramli et al. (2018) found out that Malaysian and Indonesian meat industry used harmful materials in meat products such as glonggong, formalin, tiren, fake meat, exotic meat, aniline and garbage meat. These threaten the lives of humans, animals and other food sources contradictory to Shariah guidance. Disgusting, yet formalin (aka formaldehyde) which was usually used in disinfectant and preservative for household products, was added into meat to maintain and preserve the texture and colour. As for the chicken, there is an issue of fake ‘ayam kampung’ known as aniline meat. The chicken is soaked with aniline, giving the yellowish colour to mimic the real ‘ayam kampung’. For your information, aniline is the chemical used in dye and tannery industries.

Most of Malaysia’s vegetable sources come from Cameron Highlands, Pahang, Malaysia. Since the concern of free-pest vegetable production overpowers food safety, farmers tend to use more pesticides on vegetables to maintain the quality under tropical conditions (Mazlan and Mumford, 2005). Pesticides such as organochlorines, organophosphates, and pyrethroids were used to name a few. Unfortunately, pesticides can cause nausea, allergies, headaches, neurological disorders, cancer and reproductive malfunction when consumed or come in contact with human at large quantity (World Health Organization, 2018). In a recent study by a group of researchers from Universiti Kebangsaan Malaysia (Yang Farina et al., 2017), they reported that cabbage, lettuce, celery, mustard, spinach, broccoli and cauliflower from several Cameron Highlands plantation farms had been contaminated with one or more of these pesticides. The percentage of pesticides amount exceeding the maximum residual limit (MRL) set by the European Union (EU) is worrying; lettuce (13.3%) > broccoli (10%) > spinach (8.3%) > mustard (6.6%) > cauliflower (4.5%) > cabbage (4%) > celery (0%). These vegetables are found largely in supermarkets, trading markets as well as wet markets in most part of Malaysia.

Chai and Tan (2009) analyzed whether guava, starfruit, strawberry, mango and papaya bought at local food store were contaminated with pesticides. The pesticides were there, however, their residue levels were still lower than the MRLs specified by the EU (2004). Based on their results, Zaidon et al. (2016) further indicate that there was no significant non-carcinogenic health risk found in all fruits samples when consumed. However, the researchers note that the accumulation of these compounds in long terms may cause health problems.

That one saying seems to be correct, ‘the more you dig, the deeper you know’, and therefore the hard it will be for you to face the newly-found facts. Now, more people opt for organic food whenever they can. But since organic produce are (still) pricier than the rest, starting own vegetable patches is not a bad idea at all, and what I can personally say it seems to be the savviest method to sustain at least our vegetable produce.

Zaidon, S.Z et al. (2016). A Review on Pesticides Occurrence in Fruits and Vegetables in Malaysia and Their Potential Health Risk Among Adults. Indian Journal Environmental Protection,36(10), 826-832. 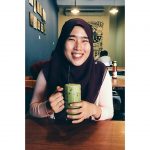 Dr. Aemi Syazwani is an analytical chemist and an academician at the Department of Chemistry, Faculty of Science, Universiti Teknologi Malaysia, Johor Bahru. Food, pharmaceuticals, environment and forensic-related are the most frequent researched areas done by Dr. Aemi and her team. 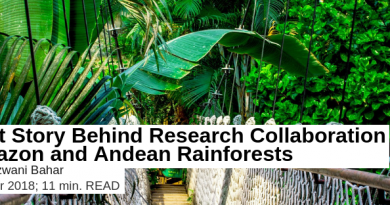 Insight Story Behind Research Collaboration of Amazon and Andean Rainforests 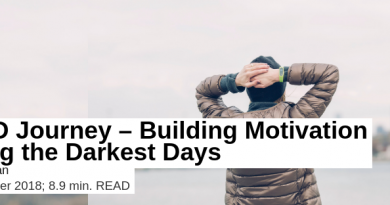 A PhD Journey – Building Motivation During the Darkest Days 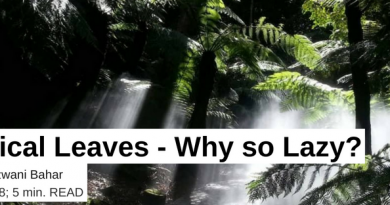 Tropical Leaves – Why so Lazy?