It has been almost a year since I have travelled to Seoul city with my friends, and let me say – please take me back there! In my opinion, Seoul is an easy and fun travel destination. Here’s why:

Namsan Tower is a telecommunication and observatory tower located on the Namsan Mountain. Some of the unique features of Namsan Tower are their famous ‘love locks’ and metal rails shaped like a tree, which is quite creative I would say. At Namsan Tower, as Geum Jandi and Gu Junpyo must have done, we witnessed the panoramic view of Seoul.

The next stop was Nami Island. Nami Island became famous after the filming of a teary-jerking Korean drama called “Winter Sonata”. Throughout the time we were in Seoul, the temperature was constantly below zero degrees, but there was no snowfall in the city. Therefore, we were so thrilled to see white snow literally everywhere at the island. We spent around two hours there to explore the beauty of Nami Island.

We also went to Bukchon Hanok Village, which is a residential area of traditional Korean houses. I found that, it is really fascinating how this traditional village can exist so harmoniously in the middle of an urban city such as Seoul. As we walked around the village, we came to one building looking like a school, we then realized that it was the Choongang High School, which was featured in “Goblin” and “Winter Sonata”!

As a huge Korean drama and movie fans, visiting old palaces from the Joseon Dynasty is a must in your list. We visited the four palaces in Seoul – Gyeongbukgong, Changdeokgung, Changgyeonggung and Deoksugung. A bit of a tongue twister, ey? These four palaces might look the same, but each palace is unique in their own architectural design. If you really want to experience the Joseon Dynasty; at Gyeongbukgong Palace, they conduct the Royal Guard Changing Ceremony at the front gate twice a day, at 10AM and 2PM.

Also, you can get free entry passes into the palace if you wear the Korean traditional outfits called the Hanbok, which are available to rent near the palaces. Sadly, we missed this opportunity as it was too cold (-17 degrees Celsius!) on the day we visited.

Taking a break from Seoul, we went to Busan. Despite being the second largest city in South Korea, Busan promises you more of a country side feeling. In Busan, there is a Gamcheon Cultural Village, also known as the ‘Santorini of Korea’. This village is somewhat similar to Bukchon Hanok Village in Seoul but it has a different vibe. It somehow makes you think of your childhood – it brings back the sort of memory like how we used to play around in our neighbourhood with your friends when we were small. If you are taking your love for the Korean dramas seriously, you might want to check out The Green Namil Villa in Busan, which a shooting site for “Fight for My Way”.

While we were in Busan, we took the time to visit Haeundae Beach. It surprised me a little when I saw many people there, and here I thought, we probably the only three crazy people who want to go to the beach during winter. Although, I must say the crowd is not as huge as seen in the “Haeundae” movie, but then again, the movie was actually filmed there during summer.

Because We Love Korean Food

When we planned for this trip – to South Korea, my friends and I have agreed that we are not going to bring any food from Malaysia and promise ourselves that we will try to have fun with Korean foods over there.

For breakfast, we would usually grab street foods such as ‘Tteokbokki’, ‘Odeng’ or ‘Hotteok’. These foods taste so good especially during winter, as it is served hot.

For lunch and dinner, we finally get to eat the food that we have seen in the Korean dramas. The dining experience was also the same as it has been shown in the dramas, which was very exciting for us. My friends who really love ‘Kimchi’ had their fills at this BBQ restaurant in Gangnam because, apparently it is also refillable!

The best ‘Bingsoo’ has got to be the one we had in ‘Sulbing’ cafe. No dessert café in Malaysia could beat the smoothness of the ice in ‘Sulbing’! Even during winter, we still enjoyed the cold dessert especially, with the good atmosphere and music in the café.

It somehow became a habit there that before we end our adventure for the day, we would drop by the convenience store to get some midnight snacks including the infamous ‘Flavoured Milk’. In fact, there were other flavours that we enjoyed more than banana such as coffee, strawberry, melon and light milk. If we were still feeling hungry, we would buy the instant rice and kimchi where we can easily heat it up at the convenience store and enjoy them straight away, and again as you have seen in many Korean dramas and movies. I think by now, most people already know that convenience stores in Korea or Japan is on different level to what we have in Malaysia.

The Thrill of Practicing Your Skills in Korean Language

We speak basic Korean except for one of us– she can watch shows without subtitles. So, there was this one time when this friend was not with us in a subway train. The funny thing is, that was also the one time a local has tried to have a conversation with us.

The Ahjumma (older woman, or aunty) tried to engage us into conversation, but she was sitting across us and we ended up close to shouting to each other in that full and silent train ride. To make up for the lack of our skills in Korean, we communicated using lots of body language. We even almost missed our intended stop because we were too caught up ‘talking’ with the Ahjumma!

With that story being told, I know some of us might be concerned about visiting Korea because of the language barrier especially, if you are travelling alone without any tour guide. I would like to assure you that most locals, at least at the shops, speak basic English. At tourist spots, there are English signs being put up to guide us. I was also pleasantly surprised when I noticed that there are volunteers at some of the exit of subway to help the tourists find their way.

Korea, is the place where I can relate to a lot. The wealth of its culture, food, environment is something worthwhile to experience. That is also why it is one of the top place to go in my travel list. If you ever thinking of visiting Korea, I will definitely encourage you to do so because it has a lot to offer, even if you are not a K-Fan. 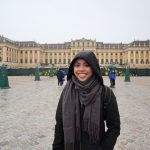 Upon obtaining a degree from the Australian National University, Adlyn is currently pursuing her accounting studies with ACCA in Birmingham. She also enjoys listening to music and playing the piano and guitar during her free time. 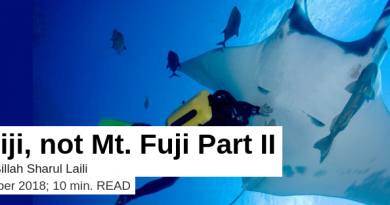 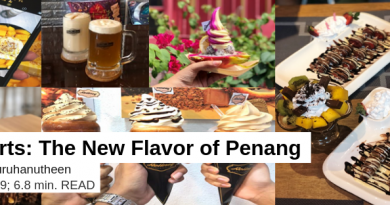 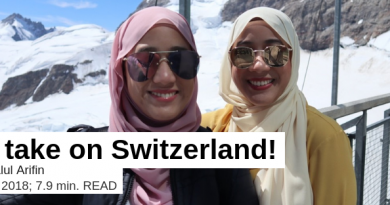